Deprecated function: The each() function is deprecated. This message will be suppressed on further calls in menu_set_active_trail() (line 2405 of /home/waitinginvain/public_html_d7/includes/menu.inc).

Mike Perillo was the member responsible for bringing Waiting in Vain together.  After playing together only once with drummer Chuck Mahoney, he realized instantly that there was undeniable chemistry between the two.  Nate Jensen, after a two year hiatus from playing live, following the split up of his previous band, was brought in shortly thereafter to provide the voice of the band.  Finally, Chris Vines signed up after months of unsuccessful bass auditions, and their current line up was born.

The band hails from Oakland, California, but has its roots placed in four counties within the Bay Area.  Their sound draws you in with intricate guitar riffs, catchy vocal melodies, and songs with underlying themes of hope.  Determined to inject musicianship back into the world of modern rock as we know it today, their 5 song demo grabs you from the opening note of Neutron Star, and doesn’t let go until the final reverberations of Flatline.

The group draws influences ranging all the way from James Brown to The Dillinger Escape Plan.  Some of the more prevalent in their sound are:  Incubus, A Perfect Circle, and The Police.  A combination of eclectic musical tastes brings a fresh and interesting sound to the listeners ear.

Once they deemed themselves ready, they took to the state with a vengeance in early 2006.  Ask anyone who was in the audience, and they will undoubtedly tell you: it was well worth the wait.  They played 8 different venues in their first two months of playing out, most notably headlining at San Francisco’s Bottom Of The Hill.

Regardless of whom Waiting in Vain sounds like, or how they are classified, one fact remains true:  This band definitely has something to bring to the table. 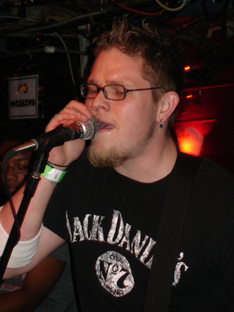 Mike has been playing guitar since the dawn of ages. Besides music his passions include sleeping, eating and breathing. He enjoys long... 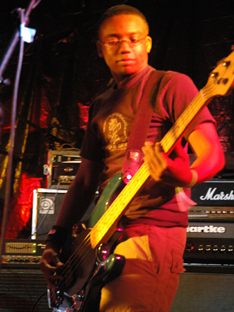 With a variety of musical genres under his belt, Chris has played bass in many bands over the years. He was the last member to join WIV... 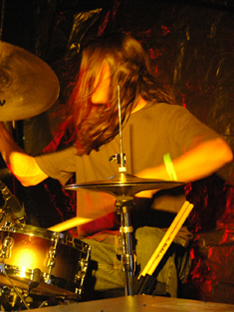 At the age of seven, after being told that his arms were too short to adequately play the slide trombone, Chuck began beating the snare...

For booking and general information please contact us at:
[email protected]